Rewari city in the state of Haryana lies on the banks of River Sahibi and Krishnawati. It is believed that during the time of Mahabharata, King Rewat, who named his daughter as Rewati, founded a city after her and called it "Rewa Wadi". Rewati was married to Balaram who was elder brother of Shri Krishna and the Rewa Wadi was given as a wedding gift to Rewati. Then the city was renamed as Rewari. Since Rewari has a long history dating back to Mahabharata, it is not surprising that the city has many religious attractions for Hindus. Some of the most popular Hindu temples and shrines are as follows: 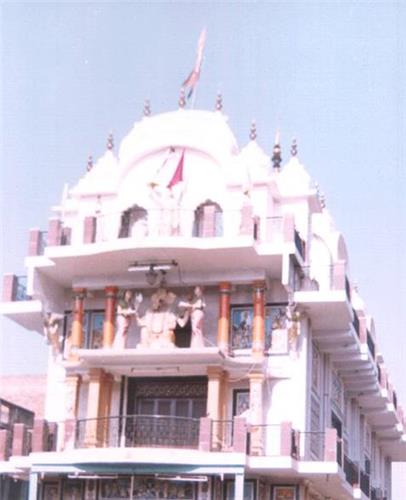 Shri Ghanteshwar Mandir is one of the most famous religious temples for Hindus in Rewari city. The unique feature of this temple if that all the idols of Gods and Goddess of Sanatana Dharma which means the eternal religion (Hinduism) are places here. The temple is a huge building and is three storied. People from various places come to Rewari in large numbers to visit this temple. One can see Shivstuti, a prayer to Lord Shiva, composed by Ali Bakesh engraved at the entrance of the temple on a marble stone.

Baba Raghunath Temple is in fact an Ashram that is built in memory of Saint Raghunath. The temple is located in the village of Sangwari which is very close in distance to Rewari city.

Baba Purshotam Das Temple is located in Balwari, a small village on the outskirts of Rewari city. This Ashram is built in memory of Saint Purshotam, who was a great Hindu scholar and a preacher. The followers of this saint visit this temple regularly to attain peace.

Swami Sharnanad Temple is in the Darauli village near Rewari. People in large numbers visit this famous temple to attain peace through meditation. The Siant who runs this Ashram is a great preacher who benefitted lives of many followers through his preaching. Most of his followers are people who are stressed out in their lives and people who have mental problems. Special spiritual training programs are conducted in the ashram to give relief to the people who are stressed out.

Saragvi Temple was built 103 years ago by two individuals Rampat and Sajan Kanwar who belonged to the Saragvi caste. The temple is made of marble flooring and it roof glitters with gold plated covering. Most of the visitors to this temple are from Saragvi caste.

Shree Ram Sharnam is an important place of worship for Hindus in Rewari city. This is an International Spiritual Center and has similar centers at many other places in India. This spiritual center worships Lord Rama, and people come here for spiritual knowledge. The followers tend to forget their tensions, chaos and worries when they visit this spiritual sanctuary and feel at peace, and experience the vibes of purity, selflessness, sanity and total dedication towards Lord Rama. The followers gather in large numbers and organize satsangs where bhajans of Lord Rama are sung.

The daily satsang are held from 7 to 8 in the morning from Monday to Saturday. And special satsang is held on Sundays. The building of the spiritual center is huge which has a big hall where people in large number can gather and perform bhajans and meditations. The spiritual center is surrounded by beautiful garden.

Akand Jaap (non-stop chanting of holy mantras) is held on 13th of every month and on full moon days. Pushpanjali is performed in memory of great saints every month. 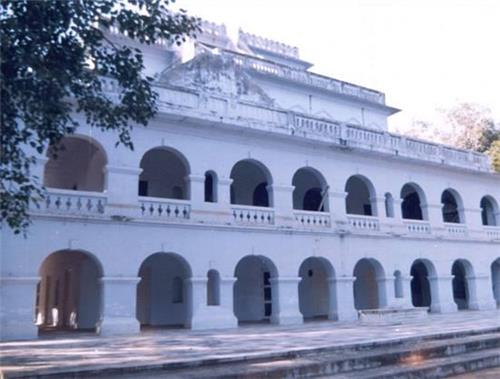 Bhagwat Bhakti Ashram is an educational, religious and charitable trust located in Rampura village near Rewari. Every year during the months of January and February, the Ashram organizes a fair in the memory of Swami Parma Nand. People from far and near places visit the fair in large numbers. Baba Kripa Das who is the disciple of Swami Parma Nand holds prayers and preaching in this Ashram.  The Ashram is a huge building with rooms that are painted in white color to represent peace and tranquility. Swami Parma Nand has his Ashrams in other locations too where his followers can perform bhajans and prayers.

Comments / Discussion Board - Temples in Rewari