Rewari is one of the fastest developing cities of the north Indian state of Haryana. The city has seen tremendous growth in the past decade. A large part of this development is courtesy the metal work industry of Rewari. It is famous for its traditional metalwork industry, especially brass work. The detailing and fine quality is the main highlight of the products of the metal work industries of Rewari. Experts believe that the brass industry began around 1535, with the help of Portuguese. During the time of Hemu, cannons were cast in Rewari for the army of Sher Shah Suri. 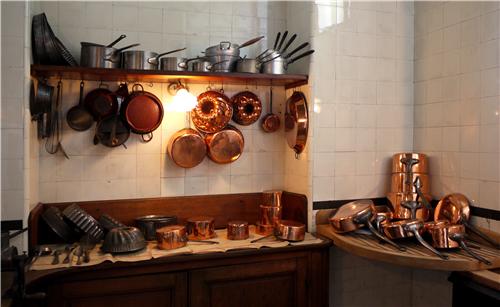 Most of the products are made of brass and are of utilitarian and cultural value. As per some local customs it is said that during a marriage the groom used to gift the girl’s family a kund and the girl’s family was supposed to gift the groom 11, 21 or 51 brass utensils as dowry. This custom became a part of the culture of the region and is followed even today. Till date every marriage that takes place in 50 km from the city these ceremonies are performed and the brass utensils are supplied from the Rewari Mandi only. 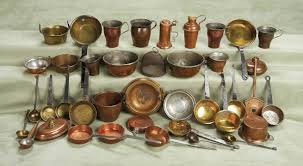 There are different kinds of products produced in these industries. But some of the most common ones include the following –
The main advantage of all the products is that they are all utility based rather than just being aesthetically pleasing to the eye. Thus, they can be easily used in our day to day life.

Metal work industry is one of the prime industries of the area. Most of the craftsmen working in the brass industries belong to “Thatera” or “Khasera” community. The roots of these communities can be traced to Kishangarh in Rajasthan. The work is generally inherited from father to son and does not require any training. The process of manufacturing is not complicated and there in no division of labor involved. You would be amazed to know that the entire process of making a utensil excluding its finishing and hammering is completed by one craftsman. There is no complicated setup required. Thus, one can notice craftsmen sitting in front of their houses and selling brass utensils.

Brass utensils have been a part of our Indian traditions. But in the modern world, this tradition is slowly being lost. The metal work craftsmen of Rewari are trying hard to keep this dying form alive and kicking.